I got invited by Amit’s sister Neta to go on a half dome hike with her, should she get the passes for the cables.  The day after the invite she got the passes, after weeks of applying for them.  I was really happy to go as I had never been to the top of half dome before.  She had not been to Yosemite since she was a child, so she was also looking forward to it. 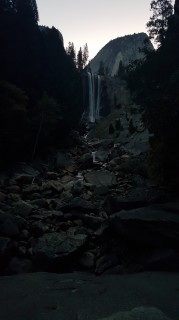 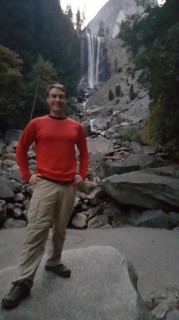 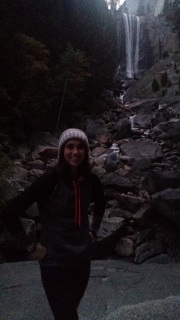 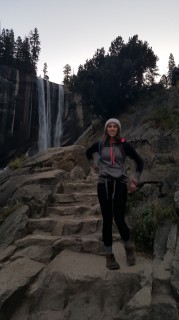 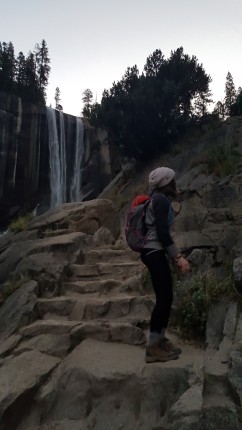 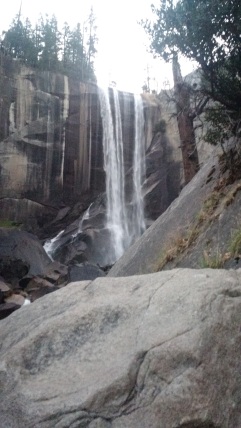 I got a Zipcar and found a cheap room nearby the park in Groveland.  She came over right after book club and we left to get to the hostel.  Arriving at 1am, we found that check in time ended at 10pm and a sign said for late check in knock on the door of a house up another road.  We went there and knocked on the door but got no answer.  There wasn’t any cell reception in this town, so we didn’t have internet to check things or call even should we have found a phone number listed.  We were planning on getting up around 4am anyway, so we just plopped down in the car.  The manager had heard us knocking apparently, but just took a while to get out of bed.  He was obviously put out at such a late arrival, and I can’t blame him for it.  We got into the room and passed out hard.

Neta’s alarm went of at 4am, and we were on the road by about 4:20.  We made our way to the Happy Isles parking area and started the hike at about 6am.  We almost took wrong turns a few times, since I didn’t recognize things in the dark.  By the time we made it to the bridge with the last potable water source it was becoming light, so we decided to take the mist trail past Vernal Fall.  I poured out some of my extra water, as I planned to fill up at the last water source with my filter.  We kept hiking up, and unfortunately missed the last water source signs, just from the set of trails we took when they split up in one of the valleys. 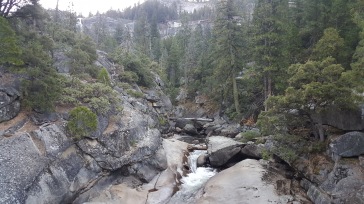 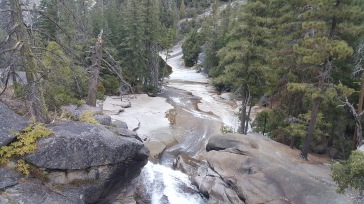 We made it to the switch backs and it was painful, but with rests we were able to get through that without too much issue.  We made it to the shoulder, and the bottom of the cables, and were blown away that this was a thing.  The cables go up such a steep and slick area that there would be no way to do it without them.  We started up at a time when most people were still heading up, and only had a few people pass us on their way down.  Looking down while heading up was very scary for me, but Neta said it didn’t bother her.  We got to the top and the views were amazing.  I was able to get signal and called my mom and dad.  They were happy to hear from me, and a little surprised since I hadn’t told them I was going to hike half dome. 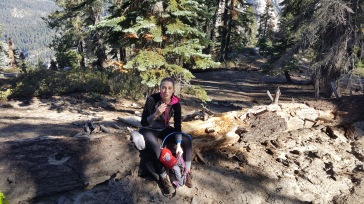 Going down the cables wasn’t nearly as scary as looking down on the way up had been.  There were a lot more instances of passing.  I got behind someone who was making good time going down and passing everyone.  Since I was following closely the people who had gotten out of the way for her, stayed out of the way for me.  Neta didn’t get that boon, so she had a few more minutes on the cables.  The only times it didn’t feel all that safe is when more than two people were at a rung, and that was always because there was someone trying to rush up the cables. 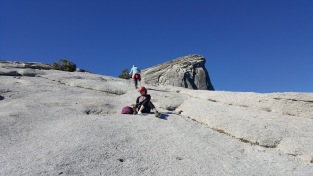 My water ran out as we got down from the switchbacks, and Neta was kind enough to share some with me.  We made it back to the Merced River and I filled up some there, using the filter.  I we made it down to Nevada falls and rested for a moment.  We had a snack and had a feet check, with everything seeming to be ok. 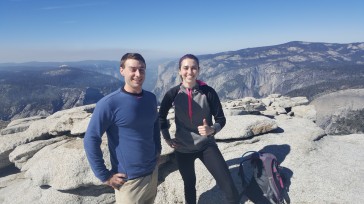 We got a lot of time to talk about a lot of things, and we had almost the exact same endurance curve.  Everything was going pretty well up to Nevada falls on the way back.  For some reason that last stint on the John Muir Trail was what did us in.  The last 20% was painful, whereas the rest of the hike had been really fun and not too bad on the legs and feet.  For some reason the way down felt a lot longer than the way up, which is normally the opposite.  We found ourselves thinking a landmark would be around the next corner, when it was really still 15 minutes further down the trail. 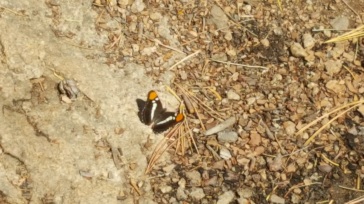 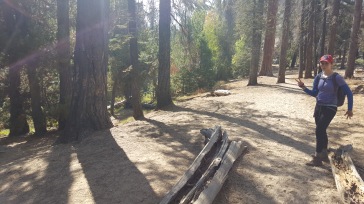 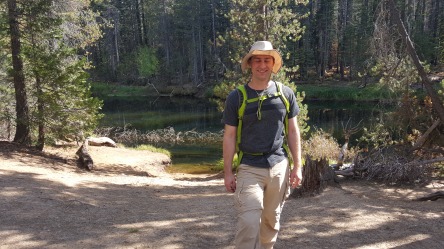 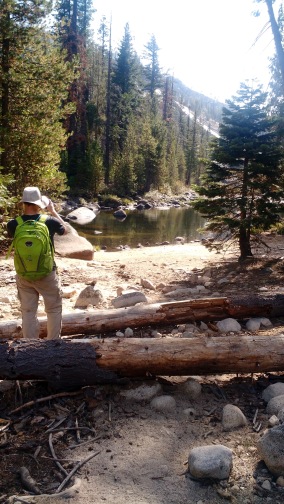 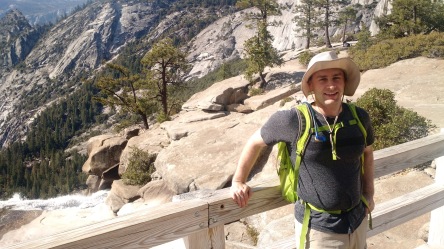 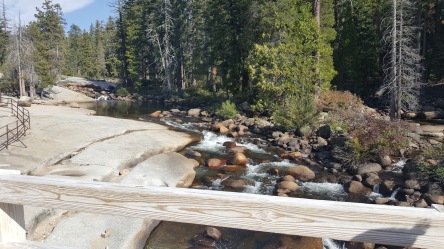 We finally made it back to the car, and somehow Neta was able to drive us back to Groveland.  We went to the Mexican restaurant there, and it was tasty.  We really just wanted to sleep, but knew we should eat a big meal before doing so.  When we got back to our room I passed out almost immediately.  Neta still had the energy to brush her teeth and get ready for bed like a normal person. 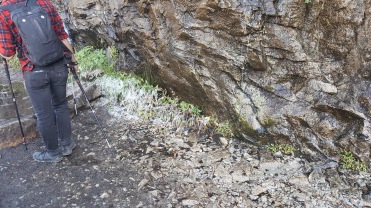 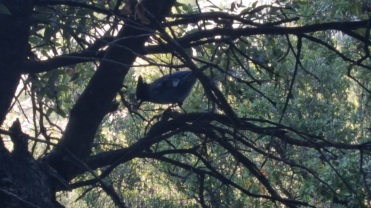 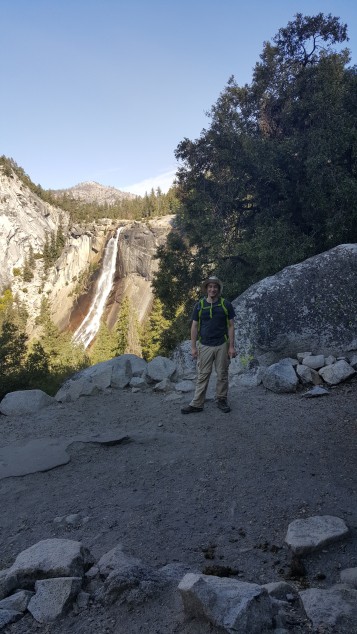 We got up the next morning and had a pleasantly uneventful drive back.  Both of us were sore, but nothing like the night before.  Our ability to walk like normal people had mostly been restored.  I am glad I went, and Neta was great company.  I’m not sure I would seek out this hike again, but I wouldn’t say no if someone got permits.

One thought on “Half Dome Hike”