Today is my 30th birthday, and to celebrate I took 13 of my friends, and a +1 to hang out in a cabin near north lake Tahoe for the weekend.

We got up there around 6pm on Friday, with a 5.5 hour drive.  We expected it to be a lot faster, but I vastly underestimated the amount of traffic that would be around Sacramento.  The cabin was nearly perfect for the 16 of us to hang out and sleep comfortably.  The only issues were that the downstairs was figid, and the bunk room had two people that snored/sniffled on Friday.  Thankfully the snorer moved to the downstairs room and the sniffler took a bunch of antihistamines, so Saturday people got better sleep. 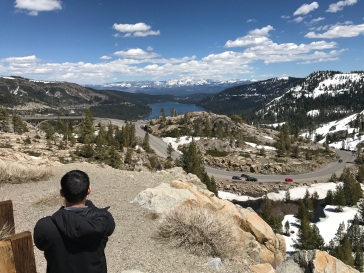 We did a MTG draft Friday evening, as well as a round of Terraforming Mars.  Others did karaoke on the system George brought, and did a puzzle of a puppy and kitty.  There was also a hot tub on the back balcony that overlooked Sugar Bowl.  It was a really nice view, and Jeremy was kind enough to offer drink service of a mixed fruit daiquiri from the fruit Lindsay brought.  I wish I had written down the proportions because it was phenomenal. 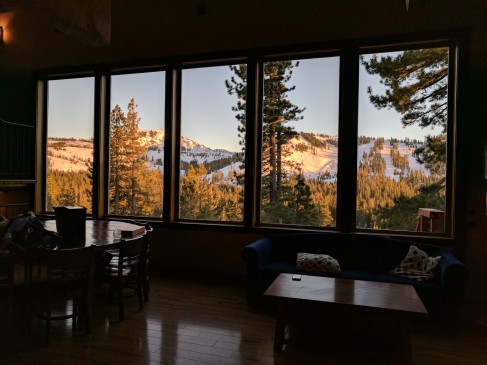 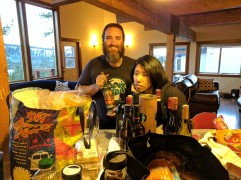 For the draft Kevin ended up winning when we finished up Saturday morning.  Andrew had a hard time with the draft based on position and the decks he opened.  It is hard to do well when you open off color and land rares.  I got a lot of really amazing cards, but didn’t have the deck come together for a consistent strategy.  Saturday morning Kevin and I also did a one on one sealed.  I got insanely lucky and opened two planeswalkers (Chandra and Nissa).  I won the first and third games with him scooping as soon as the second one came out. 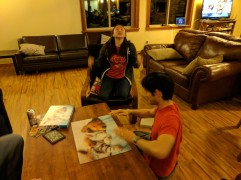 Saturday morning was a great morning.  George did a phenomenal job on the eggs, and Tina cooked the bacon.  It was a lot of fun to have everyone together, chatting, and relaxing. 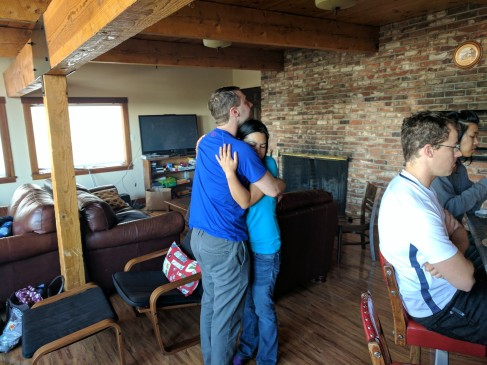 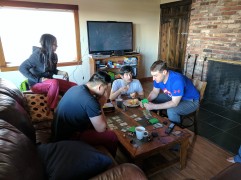 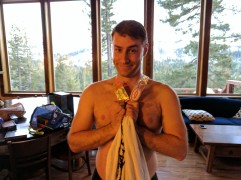 A dozen of us left at 12:30 for some whitewater rafting.  We didn’t get on the river until around 2:30, and then got off around 3:45.  It was a lot of fun, and even though it wasn’t challenging it was exciting.  Jeremy was the only one to fall in, but it was for a matter for seconds, as the guide had him in the raft before he even registered what happened.  I was in the front of one of the rafts, with Steph, Riley, Rong, Andrew, and Debby. 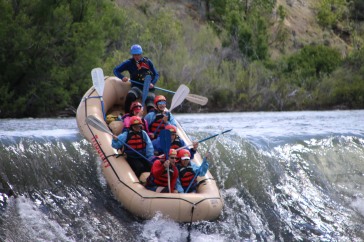 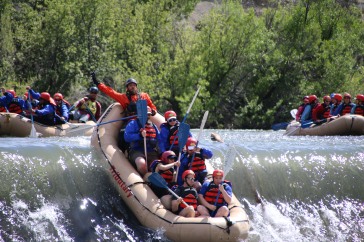 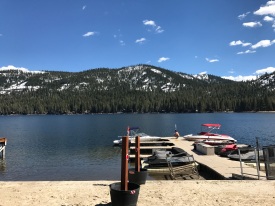 While we were on the river, Lindsay and Kevin took a walk along Donner Lake, and Irene and George went into Truckee.

When we got back it was time for some hot tubbing, and we relaxed for a bit while people trickled in from their coffee stops on the way back from rafting.  Lindsay and Kevin had done a great job with the potato and leek soup.  Lindsay even was kind enough to grab extra potatoes when the ones I brought turned out to be green.  Andrew was kind enough to take over as grill master, and Debby ran logistics for the meats.  I was really happy that the two of them helped out so much with that. 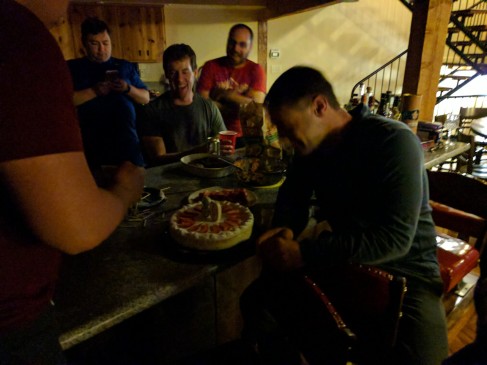 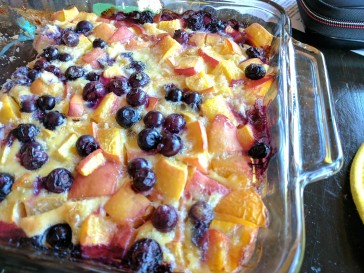 After dinner Brian got out the cheesecake that he had brought for me.

I was really glad everyone who was able to join for the weekend.  It was a great time, drama free, and a memory I will not soon forget! 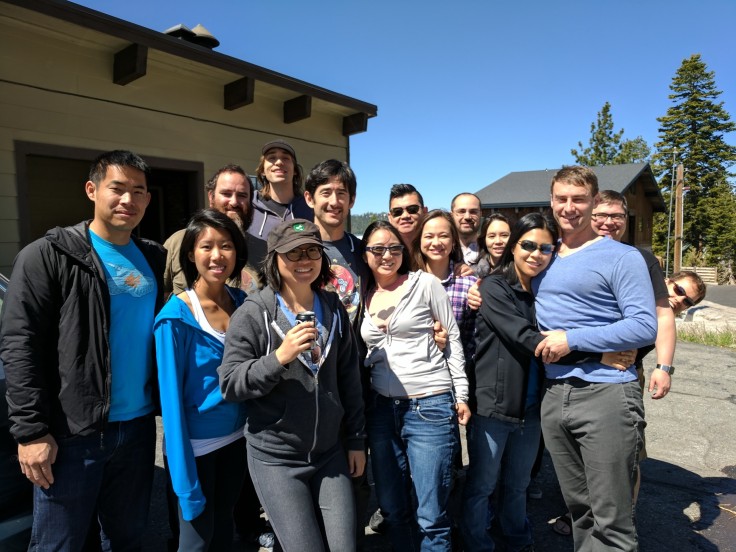