Since we like escape rooms we thought it would be a lot of fun to do one of the larger escape room events.  This one was Escape from AT&T Park in SF.  We got into SF a little early.  I missed the train at the last second because I was trying to buy a ticket, but I was able to meet Steph at the 4th and King station by Lyfting there.  We met up with the rest fo the crew at the Little Skillet, and Steph got some food.  We headed over to the park and hung out on the field while waiting for people.  We split into two groups, one of 4 and one of 5. 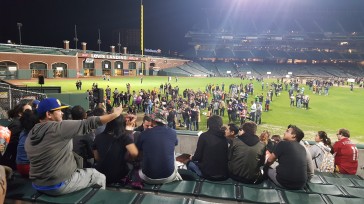 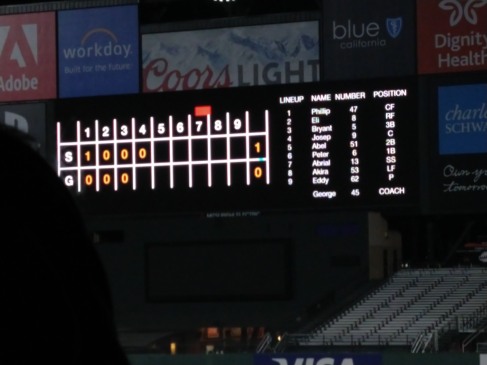 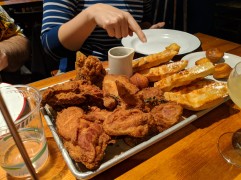 The puzzle was split into 4 major sections.  The first part was pretty easy, just a lot of little bits to it.  The second part had us stumped for a bit, but the other group was the first in the entire event to get through it.  The third part wasn’t bad, and we got past it very quickly.   The final part was also a breeze for us, as we understood the style of the puzzle pretty quickly.  The other group went down the wrong tracks and got stuck.  They were on the final puzzle for a really long time, being the second group to get there.  I prefer games where the puzzle is difficult even when you know how to solve it.  Most games meed to have a lowest common denominator, such that knowing how to solve the puzzle is always the hard part.