After lunch on Saturday, Steph and I went to the Rancho San Antonio open space preserve.  It was a great walk down to the farm and back.  We ended up seeing a red tailed hawk on the way in that had just caught a rabbit.  The rabbit probably weighed as much as the hawk, and it wasn’t able to carry it off.  We also saw a deer on the way to the farm, and it went to relax in the shade of a nearby tree, almost disappearing in the foliage.  The farm was decent, but there weren’t as many bunnies as Steph wanted.  I’m not sure it is possible for the farm to have had enough bunnies for Steph.  That said there were only three or so, and they were hiding in the back corner. 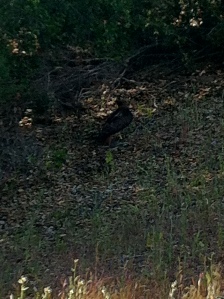 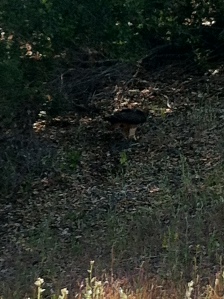 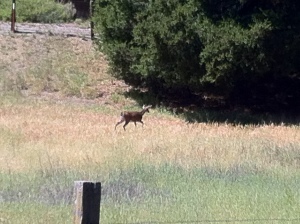 One thought on “Rancho San Antonio”