Yesterday I went to Box for games night.  We played ticket to ride with a redditor(Adam), Nick, Brian, and a Boxer(Kevin).  Adam ended up winning with me in a close second.  Brian played a brilliant blocking move, which made a 14 point difference.  I was ready to play the turn before that, but had to choose between him going one way or the other; I chose poorly.

Nick, Brian, and I then played Railways of the World the Card Game.  It was really good, but none of us quite got the strategy.  There is a major component of city stealing in the game that we didn’t take into account.  This only becomes apparent at end game scoring time.  Most of us were just prepping our own areas where we could deliver goods without having to give many points to the others. 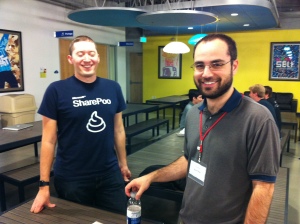 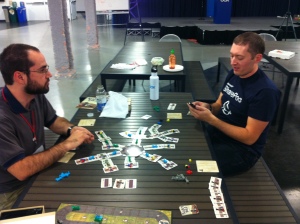