After diving 8 of us went to a restaurant called Hula’s (Yelp).  They had something called ‘Mac ‘n’ Cheese ‘n’ Cheese’  which of course Stephanie and I had to get.  We also shared a Tofu Taco.  Since we had already eaten lots of bonali we didn’t need to get too much to eat at the restaurant.  I think it is a good plan that I at least should continue, by eating beforehand on something healthier and tasty, then getting something small and healthy at the restaurant itself.  To drink I got a Mai Tai, which was a little too sweet for me, but not bad.

After that we went to Otter Bay, a company that makes custom wetsuit parts.  Stephanie decided to get a custom hood made that is thicker and a set of cat ears.  The cat ears are red on the front and purple on the back.

We then went to a BBQ with some of the dive community from Diver Dan’s.  I saw Jim, Tommy, Aaron, and some others that I should remember their names but don’t.  Aaron was a great host and we had some really tasty things.  There was something called a pink greyhond that was a tasty drink, and a lot of really nice foodstuffs.

Tina hosted a drinks night at Beachhead last night.  It was a rather enjoyable affair, with Wit, Riley, Adam, Tina, Stephanie, and Myself in attendance.  There were some really interesting conversations around fonts, Adams prospects in jobs, and core functionality of basic console commands.  They pranked Riley by changing his console commands so that ls printed to the screen “I love Orwin” and which would not find the ls file that had caused it.  I found it hilarious, but Stephanie wasn’t too interested since she hasn’t ever dealt in console.  I broke out a bottle of the really good Riesling  Heinz Eiffel, and also tried some of Adam’s Manhattan from Utah.  The manhattan was decent, but I still much prefer the Riesling.  We ate a bunch of Bolani, and Stephanie put bean curd sauce in with her egg salad tofu to make a splendid mix of flavor and texture.  Tonight we can try the bean curd sauce with the spicy tofu, which I think will be even better. 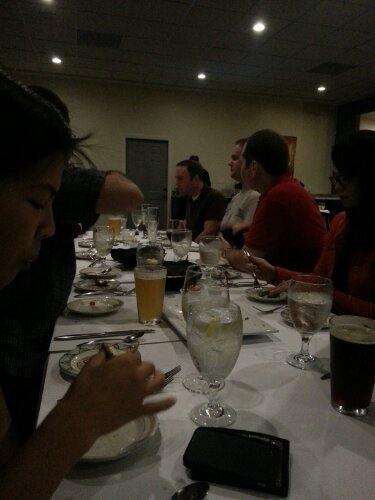 A lot of people at zahirs bistro 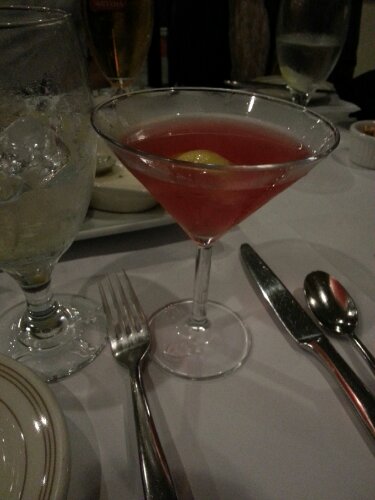 Raspberry drop was very good as they made most of the ingredients in house. I got the artichoke chicken for dinner and the appetizer conbos were all fantastic.

Drinking with the Guys 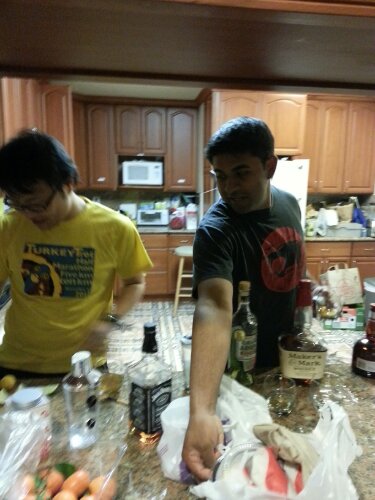 Jimmy and ray are making some tasty drinks

Jimmy decides that eating nachos with chop sticks is a good idea. I agree, and it is so multicultural. We had lots of taco bell, brownie in a cup, and bolani. To drink there were shots of whiskey, shots of tequilla, and an old fashioned.

Bo and I worked in the morning and had Pho for lunch.

Then I looked into Unity and had Thai at Shana for dinner with Stephanie.

I got a Black Magic, which was a really nice drink.

Mars bar with the team 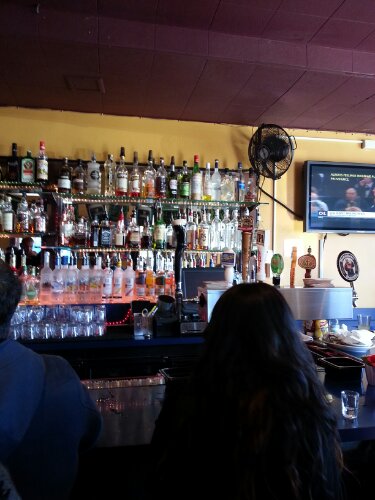 We went to mars bar to celebrate and morn. 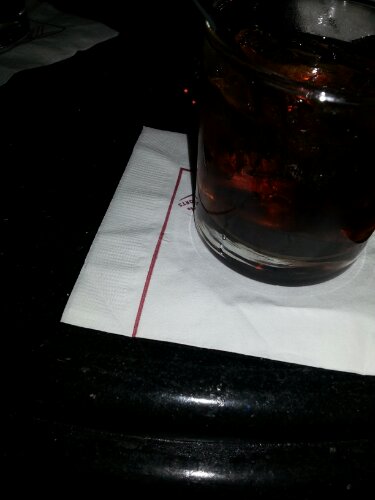 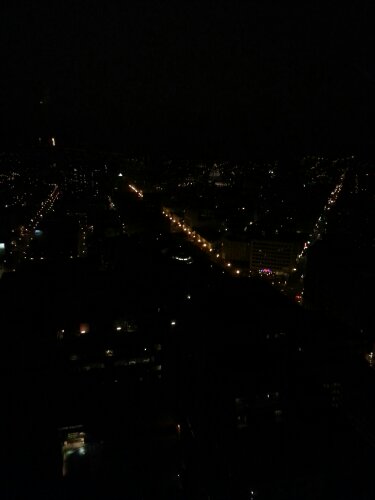 They make a decent rum and coke.  They also had tasty hummus, and very good mac ‘n’ cheese.

The best part about this place is not the food or drink but it’s namesake, the view. 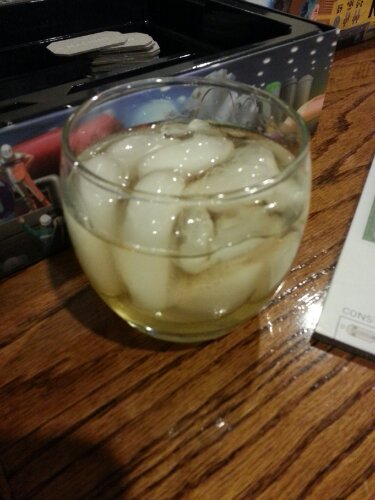 We went to Smuggler’s Cove tonight, and it was loud and hard to have a conversation.  I ended up getting on dring thanks to Jeremy being generous.  It was called El Presidente and was tasty.  I’d probably try another drink again over this one.  It tasted like orange and had some grenadine in addition to the rum.